As we discussed today in class and as mentioned by Laurent in his post, adding gaussian noise is important to prevent convergence to a constant. In my last post, I found this kind of behaviour which results in a flatline.

is the size of the window.

The estimator of the variance is the mean square error (MSE):

is the number of training examples.

Here are the results (note that I used the same previous hyperparameters): 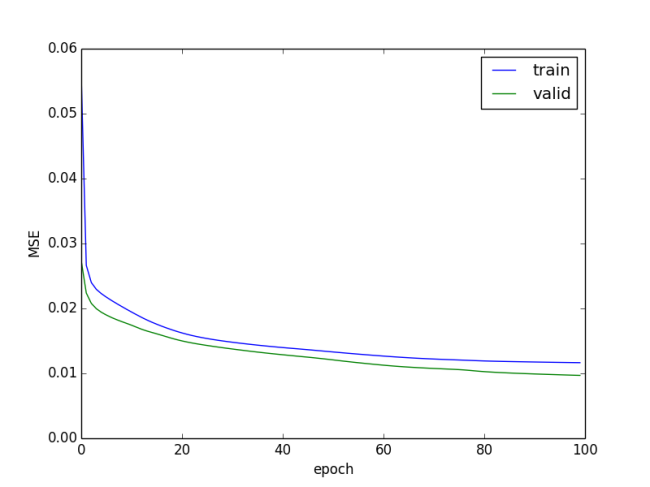 Learning curve. Note that I normalized the samples by dividing them by 560 which is roughly the standard error. 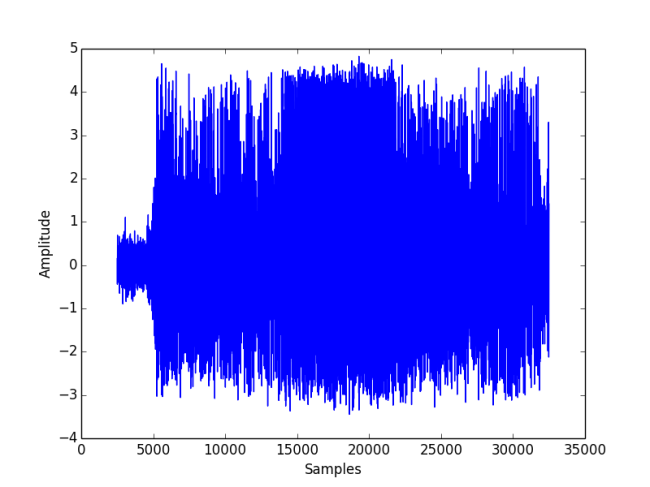 Generation of the acoustic based on a NN trained for 100 epochs. It starts at sample 2500 of the SX397.WAV and then generates the next 30 000 samples.

For those interested in listening the resulting generated speech (in case of the audio player doesn’t work, here is the link to the .wav file):

In conclusion it doesn’t sound like Georges Brassens but it does break the undesired behaviour described above!